Futaleufú, a town painted by God

Next to the border crossing “El Límite” separating Chile from Argentina, and near the old Argentinean settlements of Esquel and Trevelin, is the commune of Futaleufú or “Río Grande”, in the language of its oldest inhabitants, the Tehuelche. Its capital, founded in 1929 and bearing the same name, is only 10 kilometres away from the border. The Futaleufú River, huge and rushing, coming from the snowmelt in the mountains, crosses the commune on its way to the ocean. A history of great sacrifices, efforts and autonomy developed alongside this river. And a Patagonian border culture that is preserved until today.

The elders taught the people of Futaleufú how to work the land, showed them the routes through the lakes or the secrets of climbing the steep paths. They managed, with all their wit, to live in a place that is challenging, but also majestic and fruitful.

Initially, they lived with a lot of uncertainty in these millenary places. Like in other communes of Patagonia, the first inhabitants lived in the middle of a border conflict between Chile and Argentina. Among the territories disputed by both countries, Futaleufú was one of the most affected. The town of Futaleufú is only 10 kilometres away from the border, and for a long time the limits were not clear. For this reason, even today, close ties are maintained with the trans-Andean neighbours.

At the beginning of the 20th century the first Chilean families arrived in these territories. Specifically, in the Argentinean zone of Los Cipreses, when the border was not yet defined. Its members descended from farmers who had migrated to Argentina from Central Chile, displaced by foreign settlers to whom the State of Chile, disregarding the locals, had given thousands of hectares of land.

Therefore, many Chileans had been forced to look for opportunities in Patagonia, but most of them could not find a place to live. They wandered through Neuquén, Río Negro and Chubut looking for work, or a place to settle. Towards the end of the 19th century the conflict between Chile and Argentina intensified, and the tension between Chileans and Argentinians worsened. As a result, they began to feel exploited and discriminated.

Such was the discrimination against them that, in the Province of Chubut, a special police force was created called the “Border Police of the South” or “La Fronteriza”, which harassed the Chileans. That is why, upon learning of the existence of unowned and uninhabited land near the border, they decided to leave. Many settlers entered Alto Palena, Lago Verde and South of the Vuriloches Border Pass, into the Futaleufú River Valley.

It is told that in 1912, the family of Ceferino Moraga was the first to enter the Futaleufú Valley. A raw and violent story is told about them, because of a confrontation with the Chileans in Argentina who, like them, were looking for new lands to live in these valleys. In 1916 other families had already arrived, as is the case of the Vallejo and Almarza families, and by 1919, the Gallardo Melgarejo Family and other colonist families such as Froilán Jélvez’s, Juan de la Rosa Baeza’s, Eladio Espinoza’s, Miguel Toro’s, Domingo Chacano’s and Isaías Sepúlveda’s.

First the men came alone, to explore the available fields and find a place to settle. However, their work and home were still in Argentina. They travelled to Chile to clear the lands and delimit them, and in the summer, they crossed back to work in Esquel and Trevelin. Life in the valley was hard. There was nothing to eat, and so they had to feed on wild resources.

Over time, these pioneers would begin to settle permanently in the valley. They sold some of their assets, especially animals, and set out on their carts along the banks of the river. But due to the isolation from other Chilean territories, the settlers would continue to depend on Argentina to get supplies, sell their products, meet urgent needs and work.

They crossed the border to sell their livestock and agricultural products, herding the animals along the mountain trails, and bought, with Argentinean currency, some supplies like flour, oil, yerba mate and sugar. Going back and forth, counting the stay, the journey took a month, in carts and on horse. They also had friends and family in the neighbouring country, and marriages between people on both sides of the border were common. Little by little the pioneers began to build their houses, forming a village.

The main task of the settlers was to clear up the fields because the vegetation was dense. Although the work was hard, the Futaleufú microclimate was in their favour. Everything that was sown grew over there, such as potatoes, wheat, oats, and other cereals. Over time they would raise cattle and sheep, the livelihood of these muleteers, who moved their animals through the mountains to sell them in Argentina.

Houses and ranches were made of poles and a canoga roof, planks shaped like a canoe. They had a space for raising poultry, a vegetable garden, and an orchard. There being no drinking water or electricity, their water supply was the nearby streams or wells. The light came from the open fireplace or candles with the fat of cracklings, lit with ember. Neither the candles nor the kerosene had arrived yet at that time.

The most common diseases were healed with “yuyos”, a mixture of natural herbs that cured stomach pains, headaches, and fever. The “midwives” eased the pains of childbirth with special herbs because the infants were born in the settlers’ homes, without the assistance of doctors. There were no schools, so education came from the knowledge of neighbours or relatives, especially the elderly.

1929 would be a year of profound changes for Futaleufú. The town was officially founded, after more than a decade without authorities or State recognition. That same year, a group of villagers led by Froilán Jélvez decided to travel to the city of Aysén and request that the town of Futaleufú be recognized as Chilean. Thanks to this effort, the first representatives of public institutions begin to arrive at the Futaleufú Valley. Each married couple was given 600 hectares of land and a police station was installed.

The first doctor, teacher, and Civil Officer arrived, and in 1932, surveyors traced the streets of the town, marking the definitive foundation of the current commune of Futaleufú. In 1960 the border between both countries was clearly defined. The Futaleufú River border crossing was installed and, for the first time, a customs office on the Chilean side.

One solution for the isolation was air transport. With the arrival of airplanes, the transport of people and trade became much easier. By land, Futaleufú connected with Chaitén towards the year 1982. But only at the end of that decade the first terrestrial public transport appeared in the valley. In 1985 the Carretera Austral was built. Currently, although the isolation has been going down, many places, such as El Espolón or El Azul, remain isolated. Perhaps that is why here, where the pioneer settlers opened their fields and made their lives away from the city and its progress, surrounded by a thousand-year-old landscape, gaucho traditions are preserved with more strength.

Today one of the main economic hubs of Futaleufú is tourism, because people know that the valley is wonderful, that its history must be preserved, and that sustainable tourism activity will allow them to live as they have for decades, protecting their Patagonian and border culture. 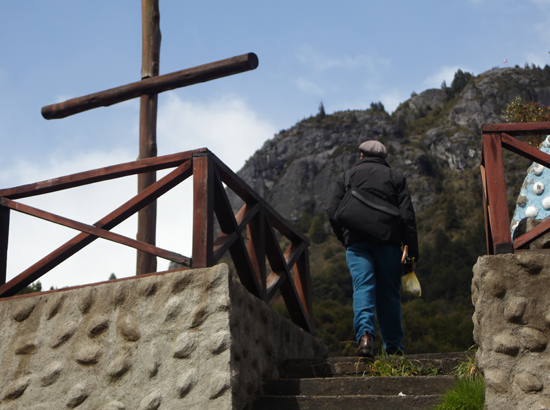 What to do in Palena?

What to do in Futaleufú? 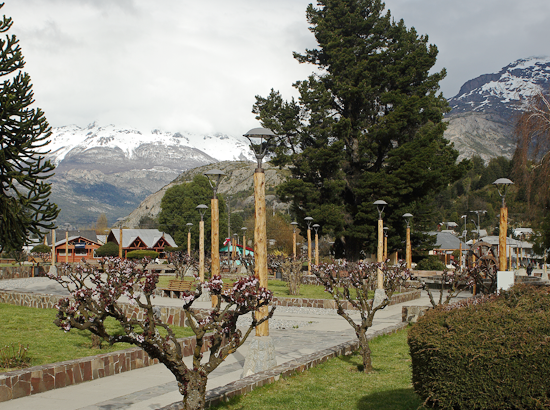