Chaitén, between Patagonia and Chiloé

Chaitén, is known as “Canasto de Agua”, after the name given to the bay by the Huilliches Chaitún: basket). It is the largest commune in the province of Palena, recognized for being a highlight of the Carretera Austral, for the eruption of the Chaitén Volcano in 2008, for its millenary larches and for being the Chilean commune with more parks, nature reserves and protected areas.

Chile is a country of untamed nature, and few communes prove this as much as Chaitén. Founded in an imposing landscape of rivers, mountains, lakes, glaciers, millenary forests, and volcanoes.

The history of the human settlements in this amazing landscape goes back to the different indigenous groups; Poyas, Chonos and Huilliches Mapuches, who sailed around the coasts of the Corcovado in search of seafood, fish, wood and volcanic obsidian. In the Vilcún Caves, in the sector of Santa Bárbara, there are cave paintings left by them some 700 years ago. And in different places of the commune, such as the Desertores Islands and the Península de Comau, there are still the shell middens evidencing their presence. The indigenous people know about these places, and they guard their memories.

At the end of the 16th century the Spaniards conquered Chiloé. Explorers from Spain, missionaries and adventurers toured the Chilean Patagonia in search of the City of the Caesars, full of precious metals. A legend that until the 18th century was taken for granted. In addition, after the first centuries of Conquest wood was scarce in Chiloé and Spaniards and entrusted indigenous people used to go up to the mountain range in search of larch. But in those times, it was not possible to settle permanently. There was no way to face such an inclement weather or such a dense forest. But, with time, two groups of people began to occupy what would be the commune of Chaitén, some from Chiloé, some others from Argentina.

In the 19th century, the State of Chile began to take an interest in the area, leading exploratory and research expeditions. In turn, Chilote farmers arrived at these coasts in search of forage for livestock. Then, a few Chilotes who bought public land in the sector undertook a trip to these territories, intending to stay. That was in the first decades of the 20th century. Some families that were going through economic hardship, decided to leave the archipelago and try their luck in the acquired land, knowing that they would face the “harsh conditions imposed by a wild and isolated nature”. In 1921, they arrived at Chaitén Viejo, some thirty kilometres from the main town of the commune, next to the Yelcho River. In August 1933, the García family travelled from Chulín and settled in Piedra Blanca, becoming the first inhabitants of what, years later, would be the current city of Chaitén.

Others came from the other side of the mountain range. Originally from the Centre-South of Chile and now based in the Argentinean ranches. The commune of Chaitén is formed with Chilote and gaucho traditions.

The young village of Chaitén became the economic, political, and social centre of the province thanks to the mountain migrations to the sea, receiving those migrants who were looking for contact with the coast. The migrants themselves discovered and opened the roads that today connect all this geography.

The explorations from the mountain range towards the sea were a great sacrifice which lasted one or more weeks, depending on the climate. The Yelcho River and the Yelcho Lake become main characters. It was the primary form of communication with the interior valleys. But it was also a dangerous river, which took the lives of many pioneers.

Around 1933, the flooding of the Yelcho River forced the inhabitants of Chaitén Viejo to move towards Piedra Blanca. With this, the city of Chaitén, officially founded in 1943, began to grow. The city was planned with huge streets and lots, due to its strategic location both in the conflict with Argentina and for business purposes. Their houses follow the tradition of the Chilote carpenters.

By 1949, the city of Chaitén had a main street and forty houses and in the fifties the first basic services, such as electricity. The population increased, and during the seventies Chaitén was an important commercial centre. In 1979 it is named capital of the province. At that time, the construction of the Carretera Austral highway begins.

Its 1,240 kilometers would provide employment, improve connectivity, and increase business throughout the region and the commune. By the 1960s, Chaitén’s isolation was still evident, and the city did not have drinking water, nor sewage systems or telephone. Nor in the rural localities, that were even more isolated. The Carretera would change that situation, and that is why the people of Chaitén remember the intense work of building it with their own hands as a landmark in their lives.

But it was with the arrival of the military in the area the most important developments were made. The military played a central role in the history of the commune. By order of the government, they exercised sovereignty in an isolated territory, supervised the works of the Carretera and improved the infrastructure and local services, such as sewage systems and streets. Also, they ensured the integration of the territory to the rest of the country. The people of Chaitén remember them, in general, with affection.

The work of opening the Carretera Austral was tough. They had little rest. It was carried out by the local population, together with the growing floating population. Workers were hired and grouped into camps that could reach one thousand people, and some of these camps turned into villages. In the commune, the route was built from the city of Chaitén to the El Arenal sector in the North, and from Chaitén to La Junta in the South. Many died at work, perishing under the rocks or waters.

In 1981, the Military Regiment of Engineers settled near the city. This developed multiple commercial activities. With its closure in 2001, the Palena Park was created to promote tourism. That is how the city of Chaitén became a meeting place and a place for business with other towns, and, little by little, of tourist services.

But as it happened to the pioneers, who faced a relentless nature, natural disasters recently hit the commune. On May 2, 2008, the eruption of the Chaitén volcano saturated the Río Blanco with ashes, making it overflow and flooding the city of Chaitén. The overflow devastated and divided the city into two sections, North and South. The government decided to evacuate the city completely, transferring 4,700 people to places such as Puerto Montt, Chiloé or Futaleufú. Chaitén was declared uninhabitable.

Despite the existence of a project to build a new city, in the sector of Santa Bárbara, in 2010 it was announced that its inhabitants could return to Chaitén. Although in the same year 2008, just two months after the eruption, a group of twelve residents of Chaitén had decided to return. They did it without the authorization of the central government, without basic services. But that is because the inhabitants of Chaitén did not want another Chaitén, but theirs. In 2010 the rapid and massive return of the local population began, showing the strong roots they have with their territory. The city has some 2,000 inhabitants today.

More recently still, another natural disaster cast a shadow over the commune. On December 16, 2017, a huge flood destroyed Villa Santa Lucia, carrying with it several neighbours. The pain that a tragedy like this provokes in the inhabitants of a small town of deep solidarity among its inhabitants, all of them relatives or friends, is inexpressible.

Even so, the strong roots characterizing the locals, the desire and energy to rebuild and inhabit their territory tells us that the value of their land is much greater than the obstacles they face, that their home is here and their love for Chaitén, unconditional. 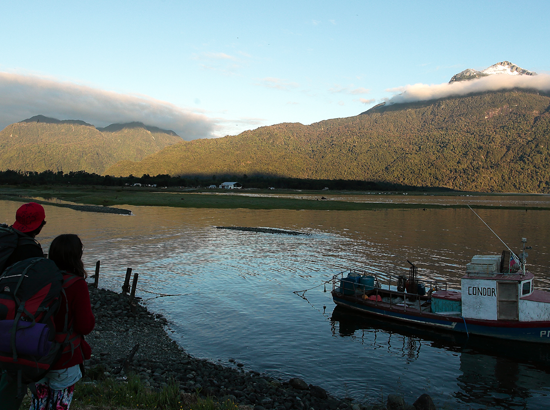 What to do in Chaitén? 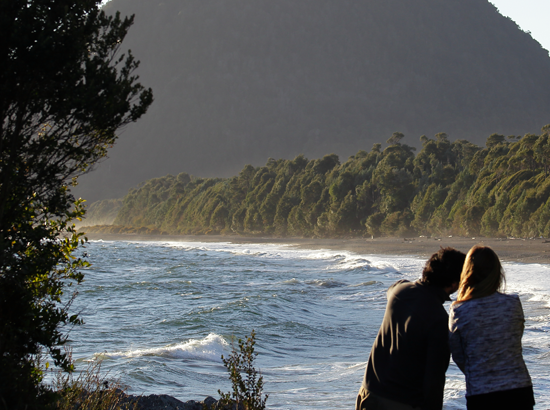