Cochamó, the place where the freshwater estuaries and the sea meet

The Commune of Cochamó was founded in 1979 and its capital is Río Puelo, between mountain passes and the Reloncavi Estuary. Its history is about transits, borders and long trips. Thousands of vessels have sailed through the Estuary and thousands of muleteers have crossed their valleys, from the time of the alerceros until today. The people of Cochamó have lived within the forests, under the granite walls, crossing the rivers that come down from the mountains, wading the coast of the estuary and walking through the valleys between the mountains. Thus, those who visit this commune encounter a diversity of traditions and see a barely intervened landscape, tracing footprints that reach beyond the border and across the basins of the territory.

Perhaps the first occupants of this area were the Tehuelche Poya, Nahuel Huapi and Puelche groups, from the Argentinian pampas, which passed from one side of the mountains to the other through the Puelo River, the Paso el León and “Vuriloche” (or Bariloche). Their traces are close to the Vidal Gormaz Lake in stone pictographs on the banks of the Torrentoso River. In pre-Hispanic times, the indigenous people travelled to the Chilean valleys and coasts to meet the Mapuches, the Huilliches and the inhabitants of the southern archipelagos. But these indigenous people were extinguished by the Spanish conquerors, capturing and selling them or forcing them to work in agriculture or logging.

Once their former inhabitants disappeared, Spaniards and conquered indigenous people arrived at the Cochamó coast, attracted by the enormous larch trees on the banks of the Reloncaví. In the 18th century, most of these mountain rangers were mestizos [halfbreed] from Chiloé. The larch trees reached fifty meters in height, and each one yielded a “small fortune” to the ones who cut it: some 600 boards.

At the end of the 18th century, wood began to deplete as a resource. Just huge larch trees remained on the mountain tops. In those years, the so-called “baqueanos”, seekers of roads to the larch trees, were important. The baqueanos roamed the mountains for weeks, tracing the resource.

In the mid-nineteenth century, the wood was reserved to the construction of railway ties. At the end of the 20th century, the Chilotes and Calbucanos lived in the area in a more definitive way, close to their shipyards and the felling sites. They made their logging routes with sailboats through the Estuary and the inland seas, to Puerto Montt, the channels of Chiloé and Aysén. Although motorboats appeared during the sixties, the marine trails remained the same.

The people of Cochamó have also been muleteers, moving livestock through the Andes Mountains. At the beginning of the 20th century, the Chilean State gave some pieces of land to families of settlers to live around the Estuary. The livestock activity gained strength, and the old indigenous roads were used, like the route of Nahuel Huapi; the Paso Pérez Rosales, towards the Province of Río Negro; the Paso El León, in the Manso River basin, which runs from Argentina to Puerto Montt or Osorno.

In those days the Chile-Argentina Livestock Society was founded, which bought, fattened and processed livestock brought by the muleteers. It was a period of prosperity for Cochamó. In 1894, Carlos Wiederhold established in Puerto Montt the Trading House Carlos Wiederhold y Cía. Crossing the Lake Nahuel Huapi on the ship “Cóndor”, he connected the city of Osorno with the pampas, transporting wool, leather, and merchandise. Argentinian muleteers, from Cochamó and other territories, brought thousands of livestock to be almost exclusively sold to the company. Cochamó became a kind of “Far West” in the middle of Patagonia, with plenty of work, bandits on the roads, powerful entrepreneurs, intense nightlife, and lots of money.

But political conflicts between Argentina and Chile brought greater control at border crossings. The Livestock Society was accused of corruption, and free trade between both countries was restricted. In 1904 the borders were open again and the Society grew so much that, at the end of its days, it built a freezer at the port of Cochamó to trade meat with the north of Chile. However, the changes in the international market led to the company dissolution.

A decade later the “Compañía Cochamó” company was founded. In 1903 a piece of land located between the Cochamó River and the border was granted to the Welsh citizen Thomas Austin. The company produced salted meat, charqui [dried jerky], fat and edible oil, and Austin committed to keep the border crossings. In addition, he had to bring thirty foreign settlers to the area. But the businessman did not meet this last requirement, and the Chilean State transferred the Company to the Agricultural and Refrigeration Society of Cochamó. This company did not prosper either and disappeared in 1914.

With the end of the livestock companies, times of isolation followed. The families lived on self-consumption and the exchange of products with neighbours. In 1904 the Chile-Argentina borders were defined with the intervention of the Queen of England, dividing by the high peaks and water. Persecuted by the Argentinian State, many Chilean workers across the border were forced to cross into Chile. According to Don Juan, from the town of Segundo Corral, a Committee of Ministers visited the Chileans of the pampas in the 1930s, offering them land. They had no choice but to move and settle in Puelo, to work public land covered in quila and with few animals.

Until at least the nineties the inhabitants of Cochamó lived in isolation for several months, due to adverse weather conditions, the infrequency of boats or other factors. To work the land, they had to graze the forest, preparing the fields that gave them a good part of their livelihood, obtaining the rest in Puerto Montt or Argentina. Travelling to the Chilean towns was expensive and time consuming, especially for those who lived high up in the mountains.

Carolita Sandoval talks about what it was like to live in the commune of Cochamó. Her great-grandparents arrived from Calbuco in search of pastures for their animals. To go to school, you had to go to town, where there was a ramp: “everything revolved around the ramp,” she recalls; “everybody arrived and left Cochamó by boat, crossing the Estuary until reaching Puerto Montt.” Back in the seventies, the activities of Cochamó occurred around the dock, such as the commerce in the emporiums and canteens. Contact with other places in Chile was not easy. The boat trip to Puerto Montt could take more than seven hours. That is why those who lived in the mountains, in Llanada Grande, or in First and Second Corral, preferred crossing the border.

In those times threshing was done in community, the mingas in the chilote style, the apple chicha, the pork reitimientos (a special way of cooking pork meat, sausages, the head pâté); smoked seafood on the open fireplace, the planting and harvesting of vegetables, wheat, oats, different types of potatoes; the flour in the water mills, the cheese, the harvest of honey in the woods, the weaving of garments, the herding of livestock along the mountain trails, the construction of boats, fishing; in short, labours of those who lived suffering from isolation, but sharing a fraternal community life.

Electricity did not exist until the eighties, and initially only in the town of Cochamó, and was generated by a diesel engine from Carelmapu. Getting that engine was achieved by the joint work of the neighbours, and the result of their unity, without any help of the state. Great changes began in the territory. By the year 1998, electricity reached more remote places. Before, in ‘87, the passenger boat had stopped reaching only Cochamó, and was now connecting the entire Estuary. Years later, a barge crossed the Lake Tagua-Tagua, allowing the transport of machines to open roads in the decade of the years 2000. All this progress was perceived as sudden: all at once the doors of tourism opened.

In 1976 work began on the Ensenada – Ralún highway to extend it to the town of Cochamó. Working with a shovel, with the workforce of the same neighbours, hired by the president of the Neighbourhood council, Eduardo Saa. Between the year 1982 and 1985 the highway reached the town, and in 1987 it reached Puelo. The number of boats started to decrease and that of cars to rise, and over time the number of tourists increased. Therefore, some of Cochamó inhabitants start to see tourism as a real business opportunity.

But from all those times something still exists- the marine routes, the roads, the trails, and those who walk on them today. Although large pieces of larch are no longer transported through the Estuary, the people of Cochamó continue to sail with expertise. And although the border trade declined, the muleteers continued to take their livestock across the border, or to remote places in Chile.

In Cochamó, people have used different resources throughout their history: they have been loggers, muleteers, fishermen, shellfish divers, farmers, builders, and navigators. They are chilotes and cowboys of the pampa, mountain riders and marine experts, livestock merchants and producers of the land. Today, recognizing the importance of its commune and the beauty of its landscape, the people of Cochamó are open to sustainable tourism that respects the environment. The paths and trails along the border and the boats that crossed the Reloncaví are being used again. Cochamó is a land of multiple routes and encounters. 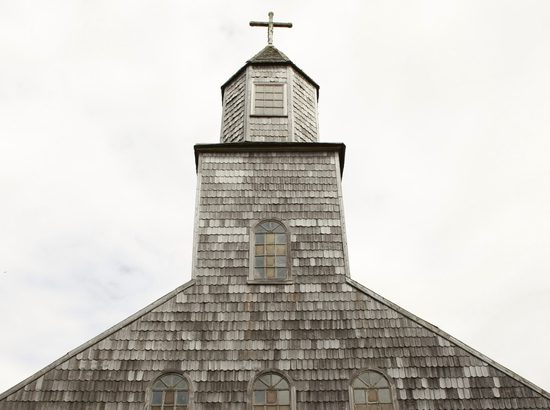 Churches of Chiloe, the small pyramids that populate the South of Chile

What to do in Cochamó? 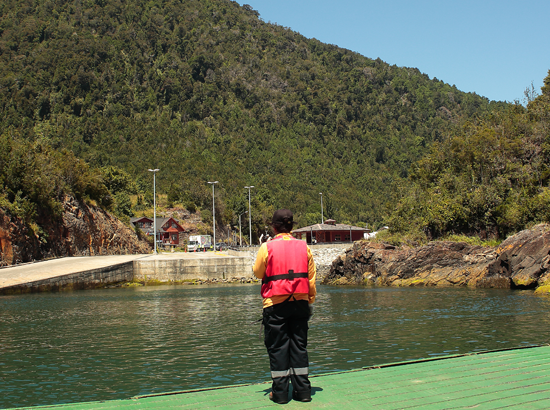